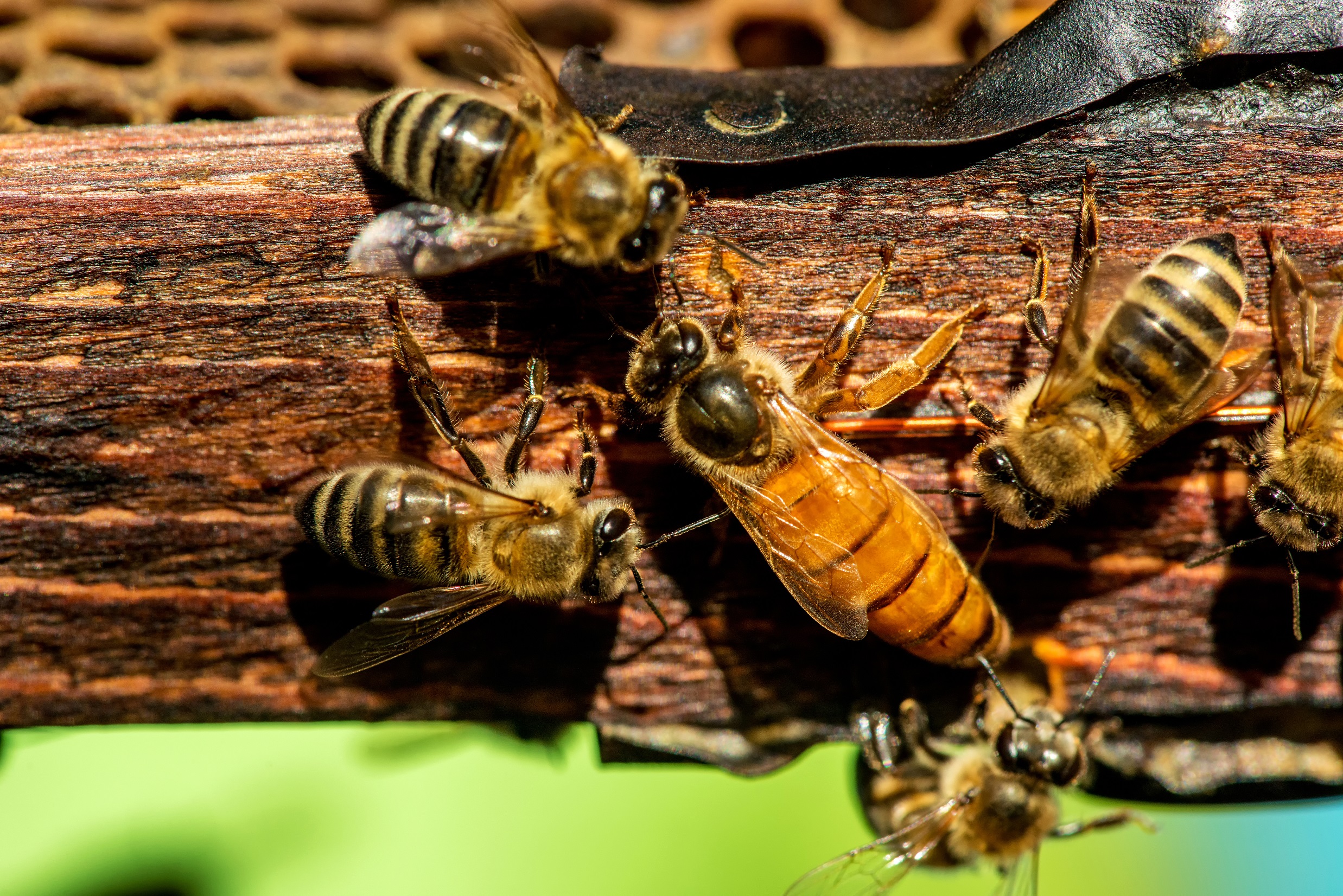 As the sole bee in her caste, the queen bee is an illustrious member of the beehive. She is not only unique among her colony’s population, she is vital to maintaining that population. A queen can lay up to 1,500 eggs a day! Although egg laying is her main gig, the queen has many other qualities that may surprise you. Read on to find out more about this all-important bee

Queen Bees Are Not Rulers

It is often assumed that the queen bee manages the hive like a monarch would, ordering worker bees about. While she does have some influence over the behaviors of the worker bees, the beehive is actually closer to a democratic system. Much of the hive’s daily tasks and functions are controlled by pheromones and other chemical signals that appear to happen instinctively. When a conscious decision is made, like a swarm’s choice of nesting site, the worker bees decide by voting! 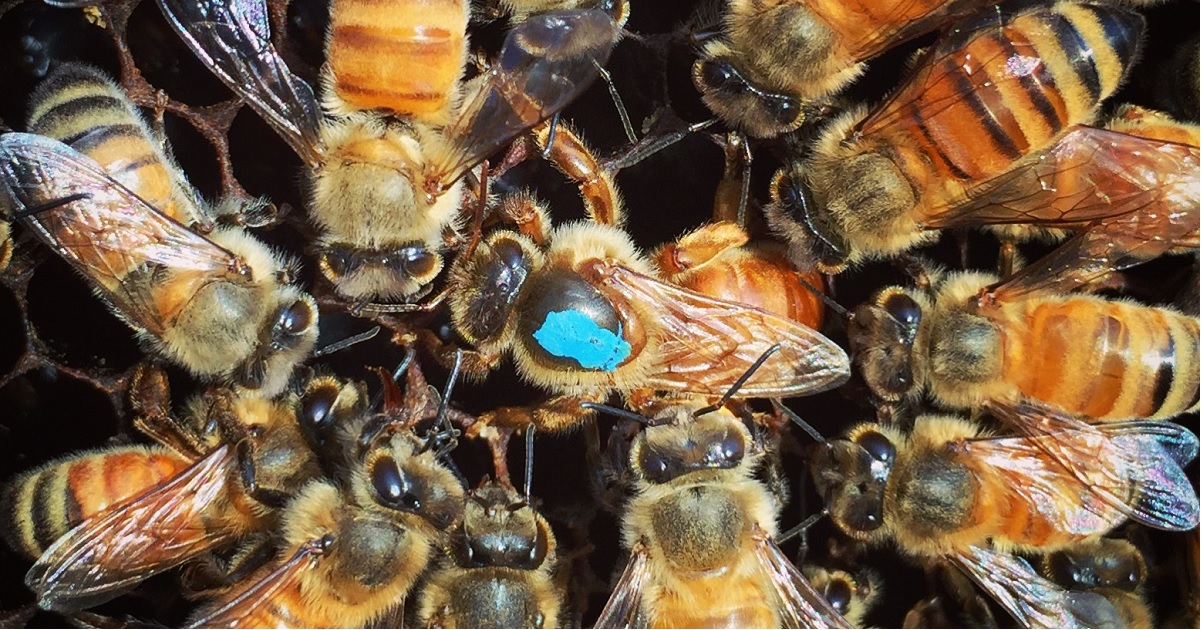 Queens Only Have Sex Once in their Life

Most insects live short lives, but you may be surprised to know that a queen bee can live two to seven years! Her lifespan typically depends on how many males she mates with. A queen mates only once in her life and stores the sperm she collects in a special organ which she draws from to lay eggs for the rest of her life. Queens mate in the air with as many drones as possible. So, technically she does have sex multiple times over the course of a day or two, but she only mates for this one period in her life. A colony with a well mated queen will thrive, but over the years this queen may begin to run out of genetic material. Once she runs out, she cannot mate again. She is simply replaced by either the beekeeper or the bees themselves. Most queens lay well for about 3 years. 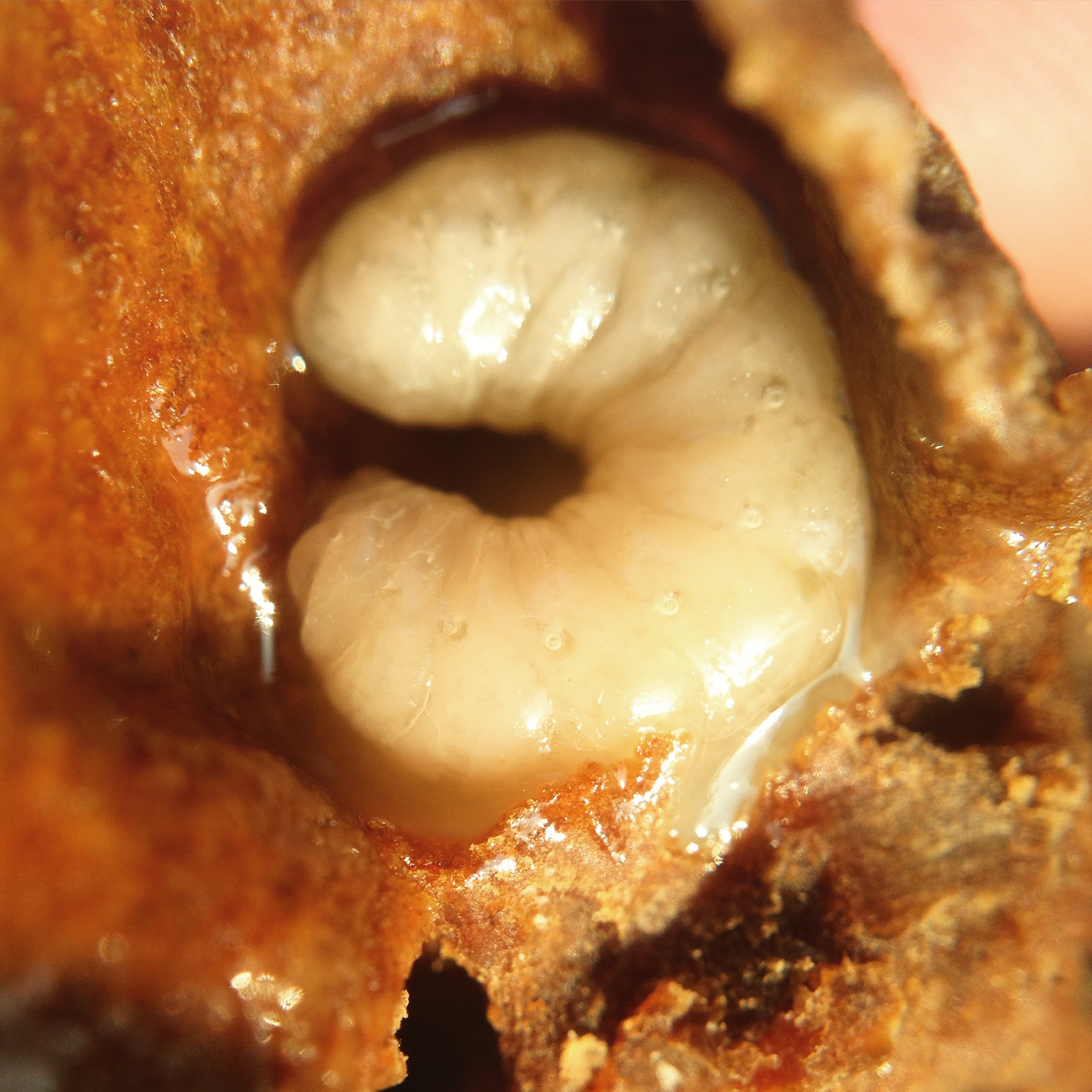 All Fertilized Eggs Are Created Equal

Worker bees replace old or dysfunctional queens by making a new queen from their old queen’s egg. When a queen lays an egg she can lay either an unfertilized or a fertilized egg. Unfertilized eggs are destined to become drones (male bees), but a fertilized egg has the potential to become either a worker bee or a queen bee. The egg’s fate is decided by its diet. Both worker bee larvae  and queen bee larvae are fed royal jelly for the first few days. On day 4, worker larvae is switched to a diet of honey and pollen while the queen bee larvae continues to be fed royal jelly throughout her development.

When workers make a new queen, they often make more than one. This gives them the best chance at raising a strong, viable queen. However, there can (typically) only be one queen bee in a hive, so when the new queens hatch they must kill their competitors. A newly hatched queen will sting her unhatched rivals, killing them while they are still in their cells. If two queens hatch at once, they must fight to the death.

The stinger of a worker bee and a queen bee is actually a modified ovipositor (an organ used to lay and position eggs). This means that only the female members of the hive (workers and the queen) are able to sting and they use this same apparatus to lay eggs, while the males cannot. Although worker bees and queens and both sting and lay eggs, they each function a little differently. A worker’s stinger is barbed and when they sting, the stinger becomes lodged in skin of their victim. When the worker flies away, the stinger stays put and a pumping venom sac with it. The worker bee will die after several minutes from her injuries, but she will have inflicted maximum damage to her target. In contrast a queen’s stinger is smooth and can be used multiple times, but a queen uses it exclusively to battle other queens.

A queen is constantly attended to by a “court” of worker bees. These workers feed and groom her. They also carry away her waste and actually digest her food for her. Without the constant care of her attendants, the queen would die. She even relies on them to digest her food. Queens do not have the same glands workers use to digest their food, so her food is predigested and then fed to her. 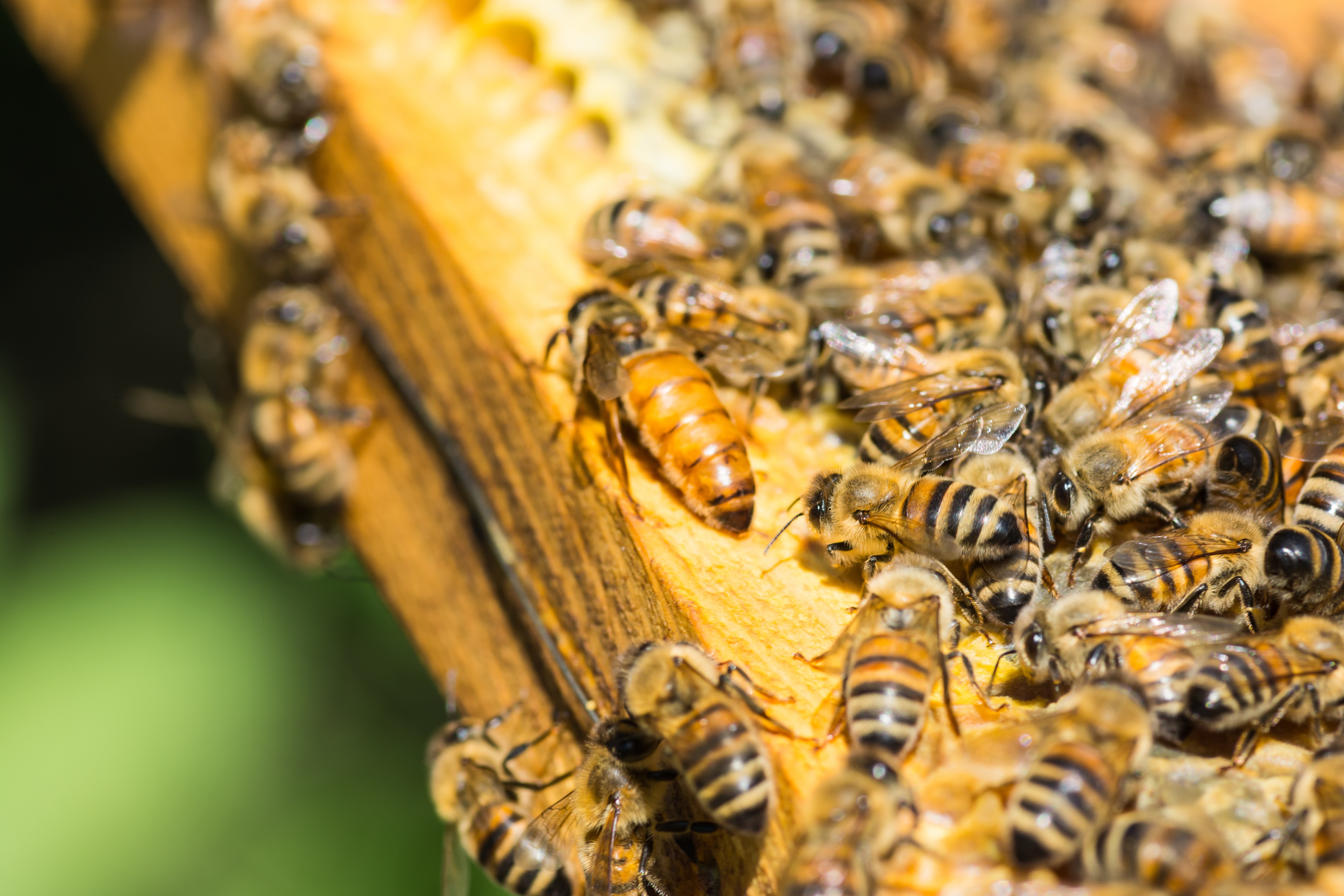 A queen bee is entirely at the mercy of her attendants for food and at certain times of year, workers will actually put their queen on a diet! In the spring, large colonies divide in two as a means of propagating the species. This process is called swarming. Roughly half the colony, as well as the queen, leaves the hive and sets out to start a new colony. The remaining bees make a new queen and continue on. Swarming is risky business and takes weeks of planning. One of the challenges is that the queen, who almost never leaves the hive, must fly a great distance to make the new home (typically over 800ft from the original nesting site). Queen bees are poor fliers because of their size and weight so to remedy this worker bees will restrict their queen’s food intake prior to swarming. The queen must lose 1/3 of her normal body weight in order to fly! 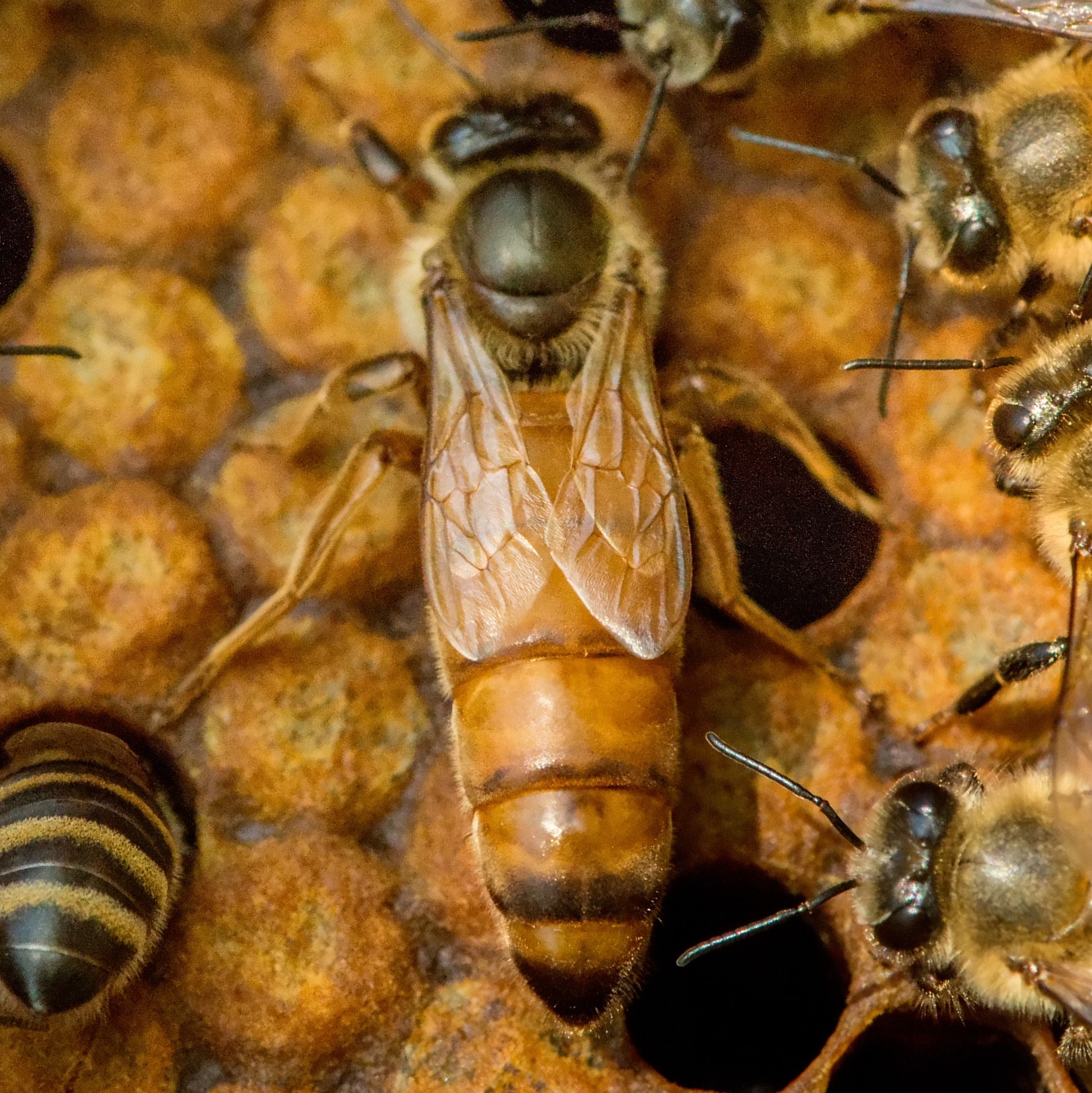 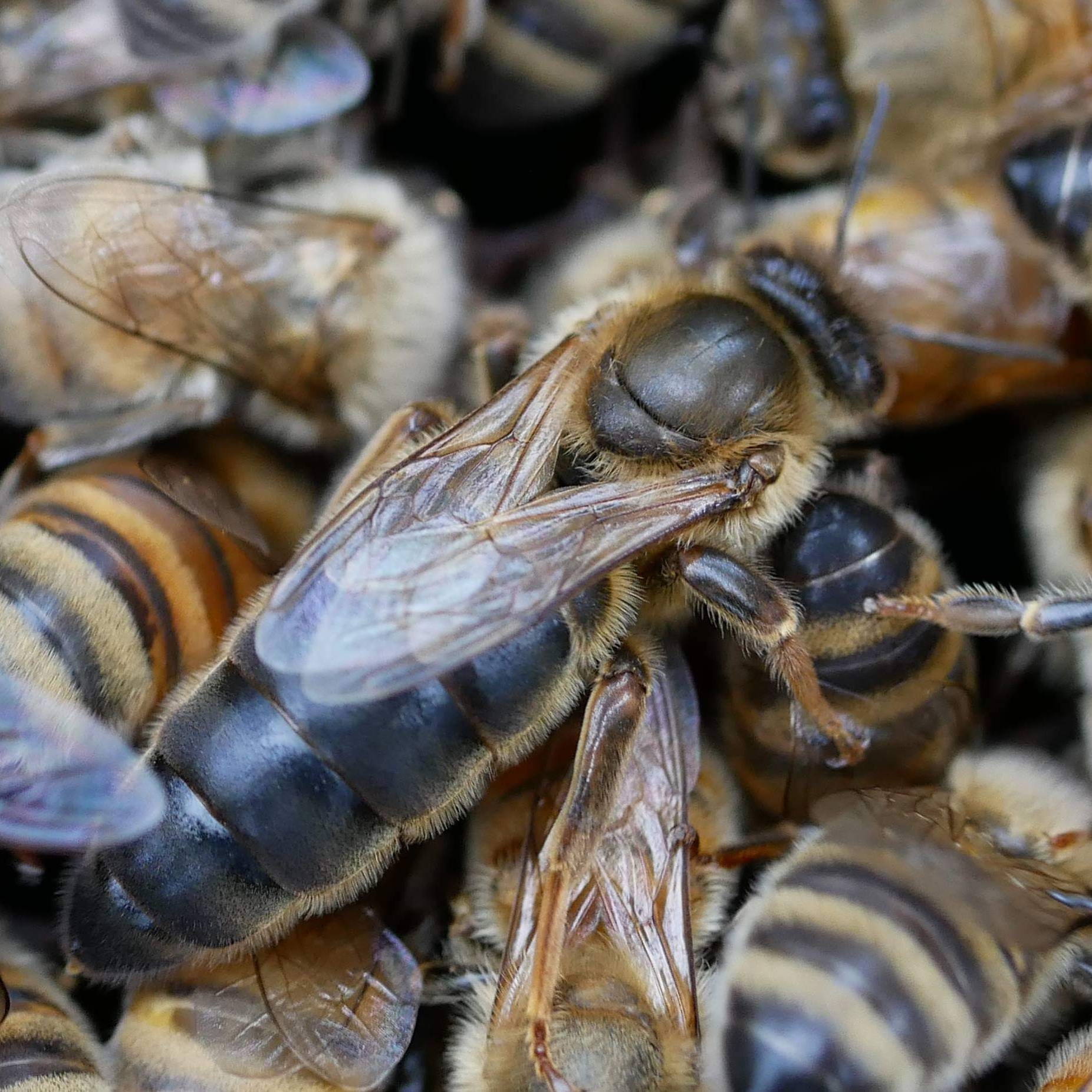 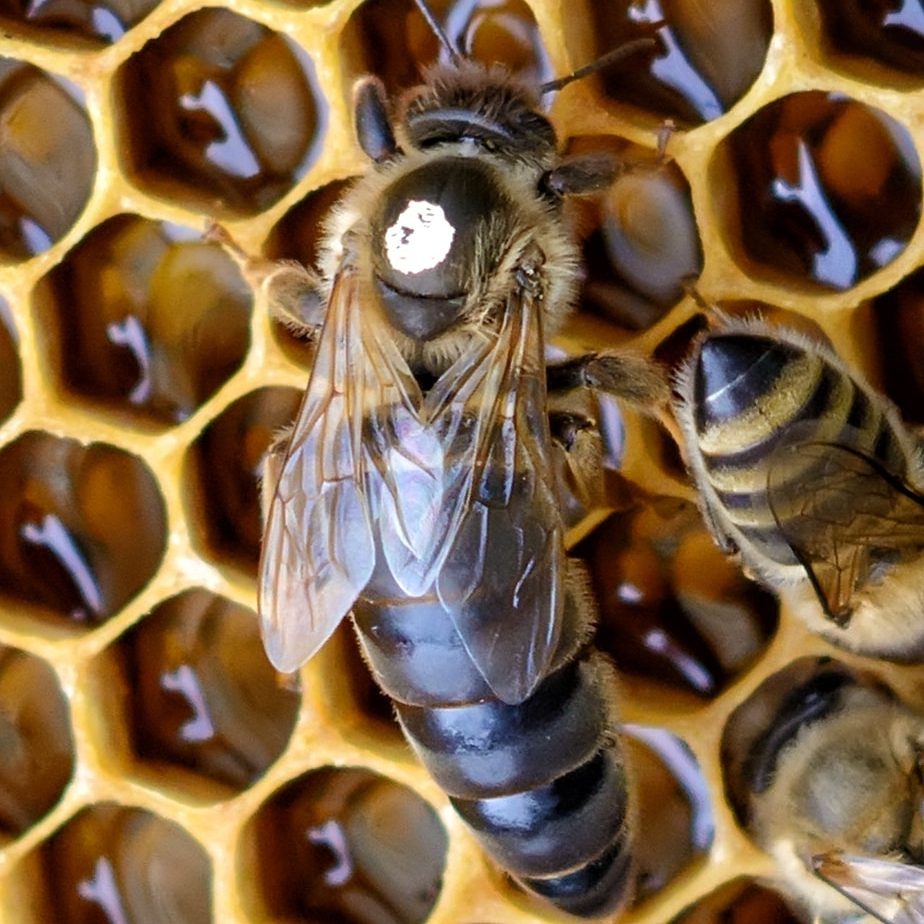 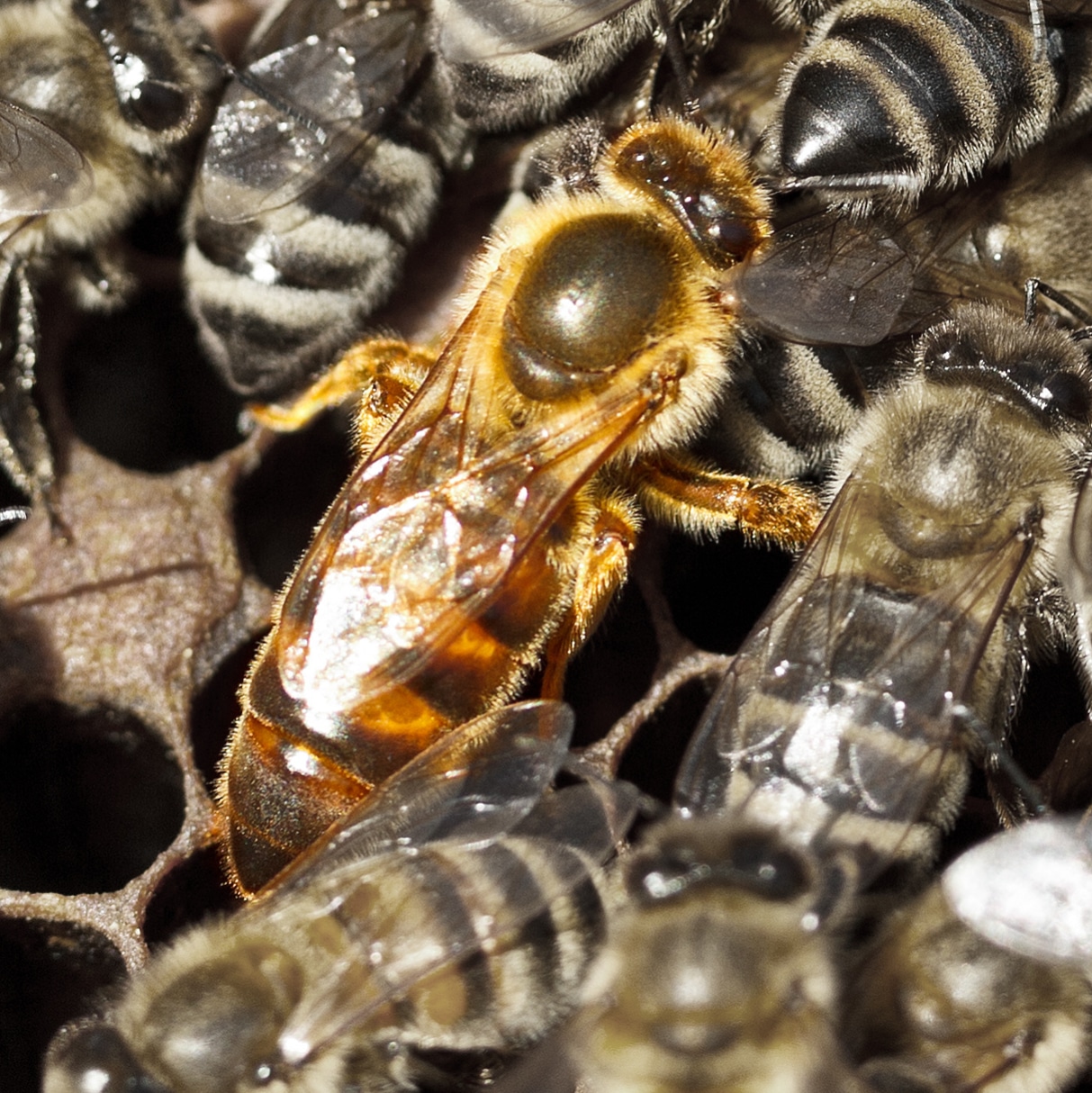 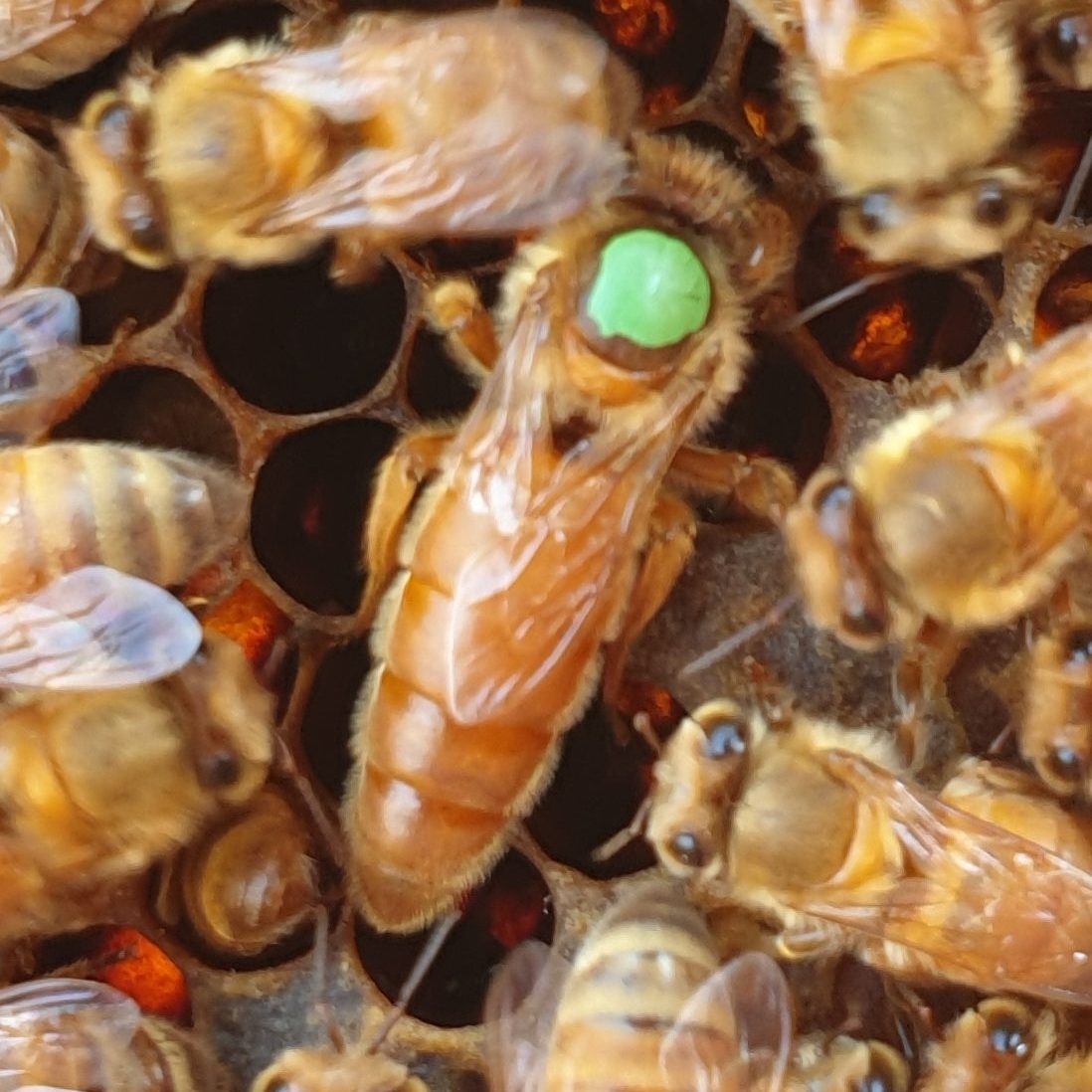 About the Author: Apis Donau Editor